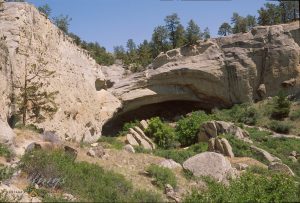 A short drive from Billings downtown is the Pictograph Cave State Park, a National Historic Landmark sprawled over twenty-three acres. At the heart of the park are the Pictograph Caves, which are over 2,100 years old. After being discovered in the 1930s, around 30,000 artifacts have been identified from the site, allowing researchers to pinpoint the people that used the caves, and added greatly to the history of the land.